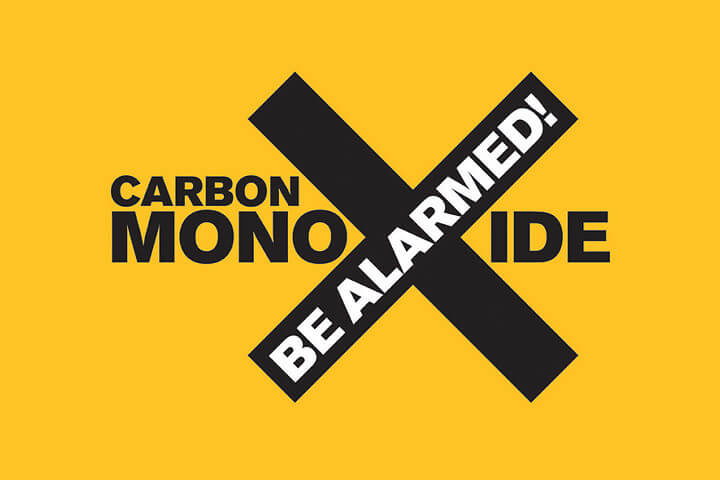 Gas ranges that are malfunctioning can cause carbon monoxide dangers. Six people died May 8, 2000 in Roslyn Heights, New York after a Long Island homeowner disconnected his carbon monoxide detector because he thought its repeated buzzing was due to a malfunction. The air conditioning system pulled carbon monoxide gas from an adjacent natural gas furnace and spread it throughout the home while they slept.

In Minnesota a jury in February awarded two parents $1.9 million after their two children were killed by carbon monoxide poisoning in their recently-purchased home. The jury found the former owner of the home and the real estate company that helped him sell it liable in the wrongful death lawsuit because a previous home inspection had identified a problem with the furnace that was not disclosed to the new owners.

Carbon monoxide (CO) is a colorless, odorless, tasteless, deadly gas. Slightly lighter than air, it can quickly spread throughout a home. It is produced when any fossil fuel burns incompletely. During incomplete combustion, carbon and hydrogen combine to form carbon dioxide, water, heat and deadly carbon monoxide. In appliances that are properly installed and well maintained, the fuel burns cleanly and produces only small amounts of carbon monoxide. Anything that disrupts the burning process or reduces the supply of oxygen can increase carbon monoxide production. Some fuels, no matter how well they burn, produce copious amounts of carbon monoxide. These include wood, coal and charcoal. Gasoline engines also produce CO.

The U.S Consumer Product Safety Commission (CPSC) has identified carbon monoxide as the leading cause of gas poisoning deaths in the United States. The reason that carbon monoxide is so dangerous is because of its attraction to hemoglobin in the bloodstream. When breathed in, CO replaces the oxygen which our cells need to function. When present in the air, it rapidly accumulates in the blood, causing symptoms similar to the flu, such as headaches, fatigue, nausea and dizziness. Unlike flu, however, prolonged exposure leads to brain damage and death.

Modern construction practices tend to compound CO problems because today’s homes are air-tight. This is done to make them energy efficient, but it also keeps fresh air out. Older homes can also become starved for oxygen. The installation of a gas-burning appliance, for example, in a home already starved for fresh air can create a situation in which carbon monoxide is sucked out of exhaust flues into the house. Also a lack of fresh air in the home can cause natural gas, for example, to burn poorly since any flame needs oxygen to burn.

Since any burning fuel gives off some level of carbon monoxide, venting is extremely important. Make sure vents for furnaces and gas appliance are clean and free of obstructions such as bird’s nests and leaves. It doesn’t have to be wintertime for carbon monoxide to be a danger. Appliances that burn gas, such as ranges and water heaters, can also give off lethal amounts of carbon monoxide if not properly installed and maintained.

How can the adverse health effects from using a gas range be reduced? Do not block air vent holes. Do not cover the vent holes on the bottom of the oven with foil. Keep the unit clean. Do not operate with the oven door open. Never use a kitchen range to heat the home. On some cold morning, there might be the temptation to quickly heat the kitchen with the flame of the gas range. You know, just to knock the chill down. Don’t! First, the broiler and oven burners are designed to burn with the oven door closed. Opening the door disrupts the air flow pattern, and high concentrations of CO may be produced. The oven burner is not designed to operate continuously, and can overheat. Perhaps most important, kitchen ranges are designed for intermittent operation. Range standards allow concentrations of carbon monoxide that, under continuous operation, could create serious health problems.

Don’t think that just because your range is new that it won’t produce carbon monoxide. The 800 ppm CO limit has been in place since 1926. A new range might even emit more carbon monoxide than an old one. The best thing to do is have your range, old or new, tuned by a qualified contractor, one who has the proper instruments to measure carbon monoxide in the flue gases. Get your range checked immediately if you notice any of the following signs: Burner flames are not blue (this is not a foolproof indicator of proper burn, though, since even blue flames produces carbon monoxide); the burners do not light properly; burners or pilot produce soot; carbon monoxide levels in the house rise while the range is in use.

How about electric ranges? The electric heat elements do not produce combustion pollutants. Burning food, however, does produce carbon monoxide and can set off carbon monoxide detectors. If this happens, open the windows and leave the house until concentrations drop. CO is toxic so alarms should always be taken seriously. Remember the family in New York.

The CPSC recommends installing at least one carbon monoxide detector per household, near the sleeping area. It recommends that multi-level homes have a detector on each floor. Choose one that is Underwriters Laboratories, Inc. (UL) listed and sounds an audible alarm. Since the burning of gas does not usually require electricity, it’s best to get an alarm with a battery back up in case the power to the house is interrupted. Most quality devices cost less than $100. There are cheaper detectors that change color when a high level of CO gas is reached. Since one of the great dangers of carbon monoxide is that it can build rapidly and kill people while they sleep, non-sounding detectors would be useless in such cases.