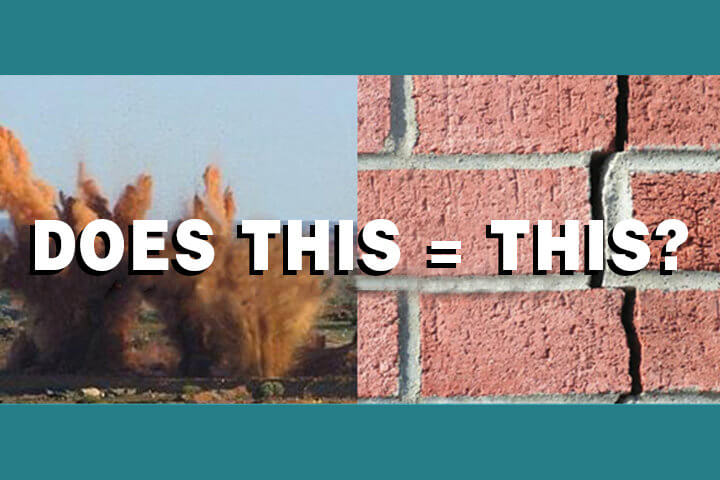 For the past three decades, I've gotten one or two calls each year whereby people are contending that their brick veneer or drywall cracks were caused by the bomb detonations and rocket testing activities on the Arsenal.   The City of Huntsville has long been monitoring the Arsenal blasting activities with seismograph instruments placed around the Arsenal boundaries.   As far as I know, the levels of ground vibration recorded during this same time period have all been deemed safe. 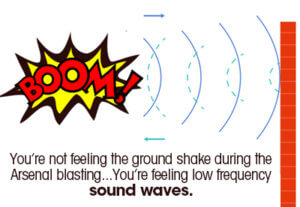 Every building structure has a natural frequency of vibration.  Houses have low natural frequencies.  The human ear can hear sound frequency between the range of 20 Hz and 20,000 Hz; but our best hearing is in the range of 1,000 Hz to 5,000 Hz.  Sound waves from the arsenal testing are oftentimes below our hearing range.  But guess what: they vibrate the house!!  If you bang a tuning fork against an object and place it next to a snare drum, the drum will make a sound, because the natural frequency of the drum head is reached and it amplifies and creates sound---just like it amplifies when hit with a drumstick.  The same thing occurs with a house.  When low frequency sound waves strike a house, the house amplifies or vibrates due to the closeness of the sound to the home's natural frequency.

Has That Crack Always Been There?

Oftentimes, the startled homeowner will take a keen look at his/her home after such an event and find or see cracks that they swear never existed.   From my experience in dealing with explosive blasting damage cases, where the blasting contractor conducted a "pre-blast survey" on a home where the owner is claiming Arsenal blasting damage in the form of cracked drywall, block foundations or brick veneer, I've watched countless times when the blasting contractor pulls out a hundred photos or so, taken during the survey, and shows the homeowner that the crack existed six months ago!  It happens every day at some place in this world!  The Blasting Industry gets a bad rap and they've learned to protect themselves from frivolous claims.

In all the cases I've inspected for Arsenal blasting damage, I've always found some clue or telltale sign of the crack not being fresh or new, and/or some other explanation for it's cause.

So next time the chandelier starts swaying after you hear a loud boom, don't blame the brick veneer cracks on the Arsenal blasting.  It's probably due to foundation settlement -especially drying shrinkage of the clay subsoil during extended periods of drought!